15 Java Path and Classpath Interview Questions and Answers for Developer 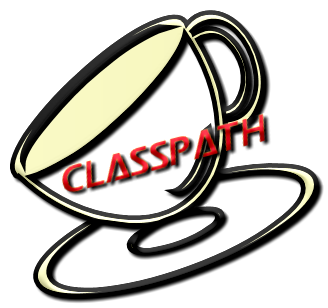 This articles covers some questions and answers you may want to know about java classpath. These questions are not very common in interviews, however I find them interesting. Some people use them for screening developers fundamental understanding of java.

Beginners learning java may find this article a little more useful, however I have tried to cover questions of various complexity including simple to very difficult ones like custom class loading and hacks related to java classpath.

The classpath is the location where the Java Virtual Machine search for user-defined classes, packages and resources in any Java program. Below is a list of some java interview questions on CLASSPATH that may give you an edge over others in your next Java interview.

In a Java class import statements are used to access other classes. You also do a wild card import like org.fromdev.* on your java file.
In such cases, It will become very impractical/slow for the Java Virtual Machine to search for classes in every file/folder on a machine, therefore you can provide the Java Virtual Machine with a list of places to look. This is done by putting folder and jar files on your classpath.

Environment variables in general are a set of dynamic name value pair that can be used by processes to decide the behavior based on a system. These are supported by all modern operating systems.

The CLASSPATH variable is a Java way to tell the possible locations of user classes or jar files for a Java application. Since each user/computer may choose to have classes in different location its best to have custom locations configured in Classpath variable.

When does Java read values of Classpath environment variable?

Java uses the CLASSPATH environment variable to read the classes and libraries from file system. This variable is used by all JDK Tools and Extension including Java Compiler (javac) and JRE(java) use this variable to locate the dependent user classes and jar files to perform specific tasks.

Java Run-time Environment (JRE) uses the classpath variable to identify the location of files to be loaded for the run-time dependencies (e.g. classes and jar files) of java program.

How to set Java Classpath on Windows, Unix, Linux and Mac?

Follow below steps on Windows XP to set Java CLASSPATH

Use export command to set the CLASSPATH environment variable in your system.

How do I check the CLASSPATH variable is set in my machine?

If CLASSPATH variable is not set you will see %CLASSPATH% on windows system.

If CLASSPATH variable is not set you will see CLASSPATH: Undefined variable error on Unix/Linux/Mac systems.

How to set Multiple Jar Files in Java Classpath

For example, to specify all jar files in a directory “lib” the classpath entry should look like this

The wildcard entry (*) in classpath value will match only jar files NOT class files. To match both class files and JAR files in a same directory lib, you need to specify both values as shown below

Windows environment variable values are separated by semicolon, therefore you classpath entry would look like this

Setting Multiple Jars in Classpath on Unix, Linux or Mac

Unix environment variable values are separated by colon, therefore you classpath entry would look like this

In older version of Java(older than Java 6), each jar file needs to be specified in the classpath. It can be a tedious and erroneous task if you are using many third party libraries.

NoClassDefFoundError and ClassNotFoundException are very closely related and often confused with each other by many developers. Below is the description of each from the Java API Specifications

Thrown when an application tries to load in a class through its string name using:

Thrown if the Java Virtual Machine or a ClassLoader instance tries to load in the definition of a class (as part of a normal method call or as part of creating a new instance using the new expression) and no definition of the class could be found.

The searched-for class definition existed when the currently executing class was compiled, but the definition can no longer be found.

Some scenario when ClassNotFoundException may occur

Scenario 1 (Use of reflection) – You will see ClassNotFoundException when you are using reflection to load classes at runtime, and the class you are trying to load does not exist or not in classpath.

Scenario 2 (Multiple Classloaders being used) – You will see ClassNotFoundException when a class is being loaded from another class which was already loaded in a parent classloader and the class from the child classloader is not visible.

How can we include Jar within a Jar in java classpath?

There is no easy way to do this in current java versions. There are 2 alternatives to deal with this problem using third party libraries

The JarClassLoader library provides you the feature of loading resources from a top JAR and from JARs inside the top JAR.

Explode and combine into one jar

How to read a file from CLASSPATH in java?

This can be done in two simple ways

This method can be used to load any file from CLASSPATH

How to find which jar file is being used by Java run-time?

On Unix, Linux or Mac

It can be done using lsof command. lsof is one of my favorite and useful java debugging commands on Unix. Below is the syntax for using this command –

How to find the load location of a Java class file at run-time?

There are two ways to find it

Below code snippet can be used to find the location of java class com.fromdev.MyClass
this.getClass().getClassLoader().getResource(“com/fromdev/MyClass.class”)

How Java handles Two classes with same name in classpath

If I have two classes with same name say MyClass.java in two different jar in my classpath which one will be picked up by JVM , is there anyway I can suggest JVM to pick a specific one ?

Java interpreter loads classes based on the order they are specified in the CLASSPATH variable.

For example, lets say this is your classpath variable value

The Java interpreter will first look for MyClass class in the directory C:ProjectDir1. Only if it doesn’t find it in that directory it will look in the C:ProjectDir2 directory.

This can done by use of URLClassloader. A sample implementation of this code is shown below

You can run this code by below command. (Make sure to use forward slash “/” as directory separator.)

Why calling System.setProperty() does not affect the classpath at run-time?

You can easily set any system properties in java using System.setPropoerty method, However it may not have any effect in case of CLASSPATH property. This is mainly because the Java system class loader is initialized very early in the JVM startup sequence. The class loader copies the classpath into its own data structures, and the classpath property is not read again. Therefore changing it after its already copied does not affect anything. There are mainly two reasons for this – First most important reason is security. You do not want a malicious code change the classpath at runtime and load some unwanted classes. Second reason is performance, since reading the classpath every-time its needed may not be efficient.

How to Add A Jar File To Java System Classpath At Run-time?

This can be done by using a simple reflection API hack as demonstrated in below sample code. This example assumes you have a file “c:/Sample.txt” that is not already in class path and at run-time c:/ is added the System classpath and then Sample.txt is made available.

Running this java class prints the number of bytes available. This indicates the file is available for further processing.

How to get a list of resources from a directory in Java classpath?

You can use Reflections library for doing this. Reflections is a open source Java library. It scans Java classpath and indexes it with metadata. This library allows you to query the classpath at runtime and can be very handy for many run-time reflection code needs.

Can you think of more topics that are not part of this post? Feel free to share it with us in comments & we will try to improve this article. Hopefully making it best resource for future reference.