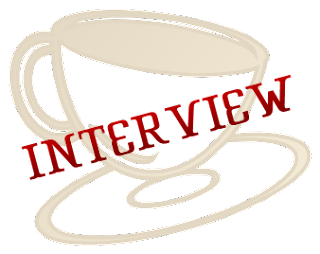 This is list of some Java fundamental questions and answers, which are commonly asked in a Core Java interview for Experienced Developers.

As a senior and matured Java Programmer you must know the answers to these questions to demonstrate basic understanding of Java language and depth of knowledge.

The competition for getting a Java job is getting fierce, and its really important that you be well prepared for you dream interview. We highly recommend you to also refer a good java book to get in depth knowledge on each of the below mentioned topic.

To get and edge over other Java developers, you may also want to checkout Must Read Core Java Books for Developers.

Below is a list of some tricky core java interview questions that may give you an edge in your next Java interview.

What is difference between String, StringBuffer and StringBuilder? When to use them?

The main difference between the three most commonly used String classes as follows.

Criteria to choose among String, StringBuffer and StringBuilder

Why String class is final or immutable?

It is very useful to have strings implemented as final or immutable objects. Below are some advantages of String Immutability in Java

Is Java Pass by Reference or Pass by Value?

The Java Spec says that everything in Java is pass-by-value. There is no such thing as “pass-by-reference” in Java. The difficult thing can be to understand that Java passes “objects as references” passed by value. This can certainly get confusing and I would recommend reading this article from an expert: http://javadude.com/articles/passbyvalue.htm Also read this interesting thread with example on StackOverflow : Java Pass By Ref or Value

What is OutOfMemoryError in java? How to deal with java.lang.OutOfMemeryError error?

This Error is thrown when the Java Virtual Machine cannot allocate an object because it is out of memory, and no more memory could be made available by the garbage collector. Note: Its an Error (extends java.lang.Error) not Exception. Two important types of OutOfMemoryError are often encountered

The quick solution is to add these flags to JVM command line when Java runtime is started:

The solution is to add these flags to JVM command line when Java runtime is started:

Long Term Solution: Increasing the Start/Max Heap size or changing Garbage Collection options may not always be a long term solution for your Out Of Memory Error problem. Best approach is to understand the memory needs of your program and ensure it uses memory wisely and does not have leaks. You can use a Java memory profiler to determine what methods in your program are allocating large number of objects and then determine if there is a way to make sure they are no longer referenced, or to not allocate them in the first place.

Finally is the block of code that executes always. The code in finally block will execute even if an exception is occurred. Finally block is NOT called in following conditions

Why there are two Date classes; one in java.util package and another in java.sql?

From the JavaDoc of java.sql.Date:

A thin wrapper around a millisecond value that allows JDBC to identify this as an SQL DATE value. A milliseconds value represents the number of milliseconds that have passed since January 1, 1970 00:00:00.000 GMT. To conform with the definition of SQL DATE, the millisecond values wrapped inside a java.sql.Date instance must be ‘normalized’ by setting the hours, minutes, seconds, and milliseconds to zero.

What is Marker interface? How is it used in Java?

The marker interface is a design pattern, used with languages that provide run-time type information about objects. It provides a way to associate metadata with a class where the language does not have explicit support for such metadata. To use this pattern, a class implements a marker interface, and code that interact with instances of that class test for the existence of the interface. Whereas a typical interface specifies methods that an implementing class must support, a marker interface does not do so. The mere presence of such an interface indicates specific behavior on the part of the implementing class. There can be some hybrid interfaces, which both act as markers and specify required methods, are possible but may prove confusing if improperly used. Java utilizes this pattern very well and the example interfaces are

Public – main method is called by JVM to run the method which is outside the scope of project therefore the access specifier has to be public to permit call from anywhere outside the application static – When the JVM makes are call to the main method there is not object existing for the class being called therefore it has to have static method to allow invocation from class. void – Java is platform independent language therefore if it will return some value then the value may mean different to different platforms so unlike C it can not assume a behavior of returning value to the operating system. If main method is declared as private then – Program will compile properly but at run-time it will give “Main method not public.” error.

The only difference between experienced and inexperienced software developers is that the experienced ones realize when they’re making a mistake.

Can you think of a questions which is not part of this post? Please don’t forget to share it with me in comments section & I will try to include it in the list.