Python Requests Library: What You Need to Know 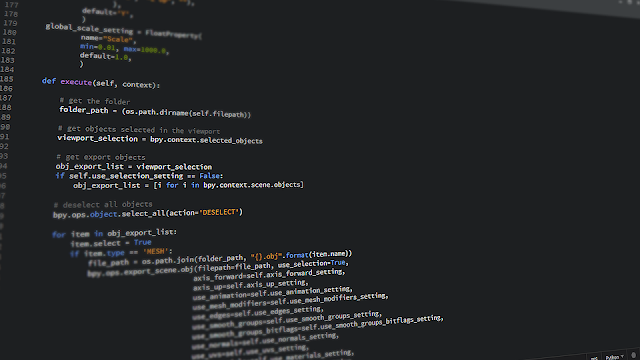 The internet is a trove of information that can be beneficial to businesses and individuals alike. For instance, a company could check its competitors’ prices when coming up with a pricing strategy. Alternatively, it could look through e-commerce websites to identify any violator of its minimum advertised price (MAP) policy, thereby protecting its reputation. On the other hand, a person looking for a job could be going through multiple job aggregator sites or job boards.

In either case, opening websites holding this data is one thing, but getting to use it is another, and that’s where web scraping comes in. Web scraping or web data harvesting refers to the automated process of extracting data from websites using applications or bots. These applications subsequently convert the harvested data into a structured format for future analysis. Usually, they simplify the entire process.

If you intend to use the data on various websites, you have the option of choosing between in-house scraping tools or ready-to-use applications. As the name suggests, the former type is created from scratch using a programming language, the most common of which is Python. This means that to create an in-house web scraper, you or a colleague should have programming knowledge. Python web scraping tools rely on the extensive Python requests library, whose function we’ll detail later.

The second type, the ready-to-use applications, comes pre-made, meaning that it is plug-and-play. These tools do not require you, as the user, to have a technical background. Instead, to operate them, you simply have to follow a few instructions, and voila! you can retrieve data from as many websites as you wish. Nonetheless, for optimal success, it would be best if you used the scraping tools alongside proxy servers.

What is Python Programming Language?

Python is a versatile coding language that can be used for various software development and programming needs, e.g., data science, back-end development, software development, constructing models for artificial intelligence (AI), and writing scripts, unlike languages such as JavaScript, CSS, and HTML, which are only meant to be used in web development.

Why is Python Preferred for Web Scraping?

Python is considered the best programming language for creating web data harvesting tools. This status is attributed to its versatility, which means that, besides data extraction, it can handle web crawling seamlessly. Notably, web scraping is a multi-step process that begins with scouring the internet looking for websites that contain the requisite information in what is referred to as web crawling. Upon identification of the specific sites, the web scraper swings into action to retrieve the data.

Python can seamlessly handle each of these steps, making it the perfect language for creating both web crawlers and web scrapers. This fact makes it the preferred language for web scraping. Nonetheless, the language performs the steps mentioned above smoothly because it has some essential features such as the Python requests library and frameworks. This article will discuss the former.

In computing, a library refers to a collection of resources, including documentation, pre-written code, configuration data, and specifications, used primarily for software development. On the other hand, a request is any communication sent between objects or via the Hypertext Transfer Protocol (HTTP). Ordinarily, the communication via HTTP is between a client (browser) and a server.

Thus, the Python requests library is a collection of pre-written code used to make HTTP requests easier to create or issue for any purpose, including web scraping. The requests library simplifies the complexities of making requests by summarizing them behind a simple API.

The main intention behind the Python requests library is to enable the programmer to focus on developing the other services. This is because using the API and integrating it into the in-house web scraping tool allows the programmer to access data from websites, sent as responses to the HTTP requests, right off the bat.

The Python requests library is beneficial because it simplifies the data harvesting process. The programmer need not write the specific code specifically for making the HTTP requests. Instead, they simply integrate the API into their tool, which will, in turn, make the HTTP requests and handle the responses as well. In this regard, the API works much like a browser.

Typically, a browser issues HTTP requests to which the server responds by sending HTML documents. The browser then renders these documents, resulting in a webpage that a human user can understand. However, unlike the browser which renders the document, the API does not. Instead, it allows the programmer to choose what to do with the data by writing code that converts the data into a structured format, for example.