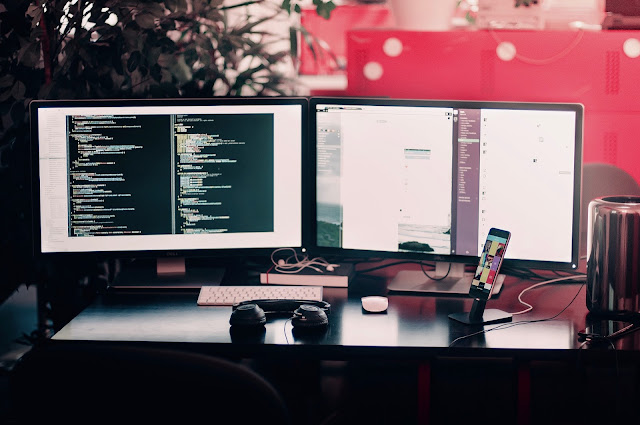 Angular- which has emerged as a powerful framework for front-end development was designed to address the issues faced in single page application development. Currently, Angular is the best choice of most of the front-end designers for creating an interactive dynamic application. It is the crossed platform supporting language which requires

Also, most of the coders prefer Angular because JavaScript is the main pillar behind its development. And, the most famous MEAN stack development requires all the JavaScript technologies to completely develop your whole application which comprised of MongoDB, ExpressJS, AngularJS, and NodeJS. Thus, they don’t need to learn various languages for the entire development. Learning AngularJS can be very beneficial for those who are willing to mark their presence in front-end or complete full stack development.

Anyone can go through Angular Training for learning AngularJS so that they can create interactive designs, templates and dynamic contents for their application. The only requirement is a basic understanding of common web technologies like HTML and CSS.

There are multiple AngularJS libraries freely accessible over the internet after utilizing them you can include cool and interactive features like charts, navigation, popups etc., in your web application. Here, I’m discussing a few libraries through which you can easily drive front-end development making it outstanding and effective for the end-users. Let’s explore them in-depth:

PrimeNG has a massive collection of UI components for your Angular program. It is an open-source package registered distributed under the MIT license and created by PrimeTek Informatics. It comprised of 80+ components for promoting your UI design easily. For mobile page development, it offers enhanced user experience with touch-optimized elements fulfilling your responsive design need.

Its interactive customizable templates allow you to start web designing journey in very less time. Currently, PrimeNG is used by more than one million developers. Its impressive functionalities make more than 500 government, private and other non-profitable organizations to adopt this package for the development.

The material is the official component library of Google. It is developed on Angular and TypeScript. It is comprised of various components for as per material specifications. Whether it is about form-controls, navigation, layout, buttons and indicators, popups, modals, or data table- you will have a complete access to these resources. Thus, you can optimize and organize your content according to your objective. Anyone can leverage this complete package over the github with the comprehensive, modern user interface which runs across the internet, mobile phone or a desktop.

This package holds native angular components and directories. It is created from Scratch in TypeScript over the Lightning Design System CSS framework. If you are facing any interoperable issue like cross-domain, and you want to implement Salesforce Lightning Design System (SDLC) icons- don’t worry. It will assist you with a clone of multiple sprite files such as symbols.svg to which you can access locally on your system through the server. These stateless resources are dependent upon their input properties so that you can achieve an enhanced performance and flexibility to use.

If you are dealing with the issues for base charts, NG2 chart is the best option. It offers a complete package to serve varieties of charts including line, polar area, doughnut, pie, radar, bar. It offers various properties, events, colors to effectively include interactive charts in your Angular application. You can easily download this package from Github, here where it is registered under the MIT license.

Onsen-UI is another open source framework licensed under Apache 2.0 written in JavaScript. It assists developers in hybrid app development including HTML5, Cascading Style Sheets (CSS) and Javascript like web technologies. This package comes up with tabs, side menu, navigation and bunch of other valuable components like lists and forms. It supports iOS and Android material designing with attractive styling to achieve better performance result. The best part about Onsen-UI is that it can support both iOS and Android without any trouble with same source code.

For those who want new and incredible UI patterns, this library is one of the best options. Fuel-UI is one of the evolving UI components which can be implemented with Angular 2 and Bootstrap 4 project applications. It presents varieties of components, directives, and pipes to utilize your work in the easiest way.

For including alert boxes, scrolling effects, popups, tags, bars, navigations, tabs etc., in your template you can simply integrate this library. It also offers directives like animations, highlighting tools, tooltips with multiple pipes to cover the most critical and technical aspects of the development.

Thus, you can see how Angular is taking front-end development to another level through its massive set of libraries.