Why Angular.js? What Makes It Popular? 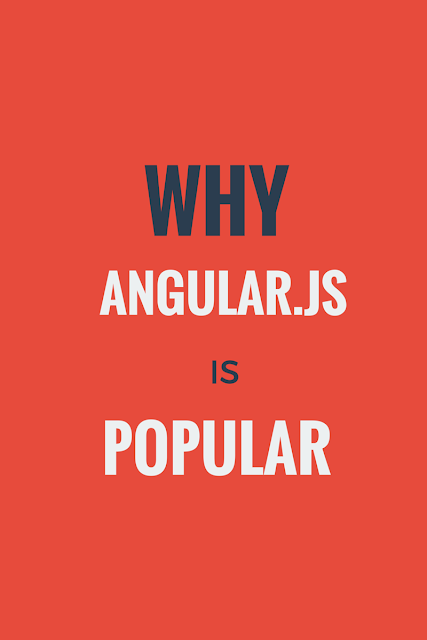 With the recent explosion of Javascript Model View Controller (MVC) frameworks it is getting increasingly difficult to keep track of all of the different frameworks as well as their strengths and weaknesses. One of the more popular javascript frameworks to emerge is Angular.js.

Angular was developed by Google to help developers build rich client side applications. It has quickly grown into one the most popular javascript MVC frameworks.

Why Is Angular Such A Popular Framework?

Angular.js is a gaining popularity due to some of the key reasons below mentioned.

Angular.js is being used by most leading technology companies and there are plenty of jobs available for angular.js developers. More and more JavaScript developers are able to learn it and use in their applications.

Enterprises are looking for Angular.js developers to stay up to date with latest technology trends.

How To Learn Angular.js

You can find some great tutorials and resources on angular.js absolutely free. There are many discussion forums and message boards that will make it easy to find help on angular.

Online tutorials and documentation may not be sufficient for everyone therefore you can use Angular Books to learn it from scratch.

Angular.js community has contributed many useful libraries that makes it even more powerful framework. Below listed are few libraries that are very popular in community.

Some other tools and IDEs for Angular.js developers to be productive.

Hopefully you’ve came away with a better overall understanding of angular and which tools and packages to use with your first angular project. Angular was a pioneer in MVC javascript frameworks and has grown into a mature and very widely used web framework. For anyone looking to streamline their front end development and simultaneously learn a new framework, I highly recommend Angular.