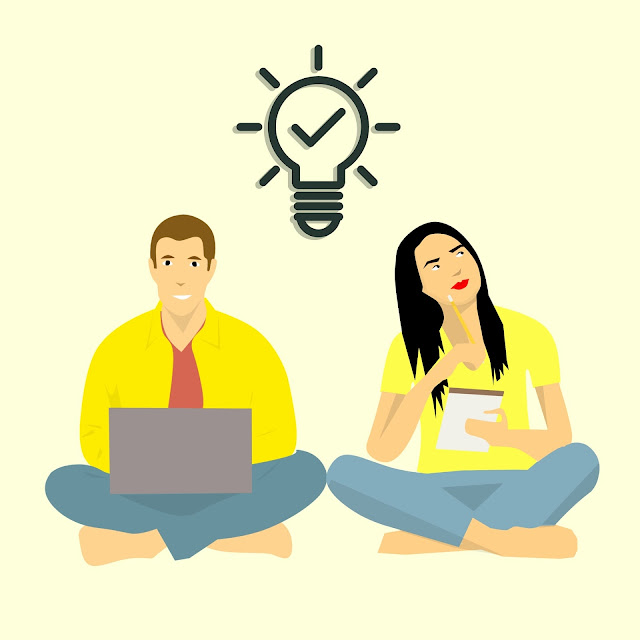 Cryptotask is a new generation blockchain-based freelancing platform with a huge potential to plug inherent loopholes characteristic of traditional outsourcing sites. If you are looking to work at your own pace from anywhere in the world, there are chances you have considered being a freelancer.

The multi-billion dollar online gig economy market has opened an unprecedented door of opportunities for professionals in about every industry globally. Many now consider this option as a way out of the 9-5 office grind as they hope to improve their income while staying in control of their schedule.

According to a report based on data from prominent online outsourcing platforms by Oxford Internet Institute (OII), 35% (about 55million people) of the American workforce are freelancers. This represents 13% of the global freelancing population with India and Bangladesh accounting for the largest population of freelancers at 24% and 16% respectively. Also, countries in sub-Saharan Africa and Europe are not excluded in the spread. This gives credence to the fact that freelancing is fast becoming a regular means of earning income for a lot of individuals globally.

In reality, freelancing is not all a rosy affair as freelancers have several challenges to contend with. This could range from disputes with clients to random account suspensions and massive charges by freelancing sites. For instance, up work and Fiverr charge 20% for every contract secured on their platforms. In addition, several freelancers on some of these outsourcing platforms have had their gigs or account deleted for communicating in a certain manner which violates certain terms of service. Freelancers are also not given a fair hearing in disputes with clients.

Some of this go-ahead to initiate chargebacks for dubious reasons. In actual fact, freelancing platforms tend to be in support of clients who outsource on their platforms in the majority of dispute cases. Obviously, power is predominantly in the hands of outsourcing sites and contractors.

When a client posts a job on the platform, they will put a deposit that is equal to the task value. A freelancer who wants to perform the task will put a 10% deposit as a show of dedication to completing this task. When they complete the task, they get the client’s payment as well as their deposit. In cases of disputes, the freelancer’s deposit will be used to repay the reviewer and the client will get back their deposit. Additionally, 10% of the deposits from reviewers involved in solving the dispute is distributed among other reviewers in the panel, which comprises of 10 reviewers.

The disruptive power of the blockchain technology is as applicable in the freelancing market as it is in other industries where its transformational ability has resulted in a new era of transactional applications. This has undoubtedly resulted in accountability and trust among parties. Cryptotask is at the forefront of this movement with a decentralized approach to freelancing.

Cryptotask leverages on the strengths of the blockchain technology and cryptocurrencies to establish a freelancing platform which adequately caters for all players in the value chain. This includes clients and freelancers, with the inclusion of reviewers who are unique additions by Cryptotask to ensure accountability.

Here Are Some Of The Unique Features Of Cryptotask

Cryptotask deploys the major purpose of the blockchain and cryptocurrencies which is to cut down transaction fees to ensure up to 90% lower fees. This platform charges a ridiculously low 1-2% compared to 10-20% commission charged by centralized platforms. It offers freelancers the opportunity to earn more from their efforts.

If you have been on an outsourcing platform like fiverr, you will understand there are certain words you dare not use when communicating with clients. Words like “email,” “payment,” and “contact” are flagged among other words and could get you banned if you use them in your chats. Cryptotask eliminates this type of censorship with a platform that enables freedom of speech and action.

No Limits To Tasks

Yes, that was not an error addition. Cryptotask enables freelancers to undertake different categories (High, middle and low level) of tasks without running the risk of earning a ban for doing certain tasks as it is with some centralized platforms.

Scalable Hierarchical Dispute system: If you are a freelancer, you will understand that the more you avoid disputes, the better for your business. This is because the pendulum swings more to the side of the client as freelancers are not given much of a fair hearing. This loophole is plugged into a transparent dispute system which protects both the freelancer and the client.

In addition to the unique features of Cryptotask, the incorporation of Reviewers into the system creates an avenue to earn even while there are no tasks to review.

Cryptotask had a successful pre-sale in Q4 2017 during which 1003ETH was raised. This success could be attributed to the expertise of a visionary team, consisting of experts in the blockchain industry who are passionate about providing value in the freelancing market. Judging by future releases which are being worked upon, Cryptotask is a promising project with great potentials. The ICO commences on 3rd February 2018.