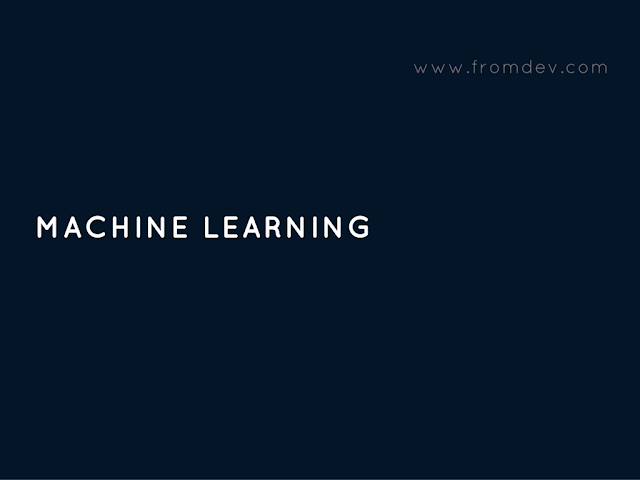 Machine learning is a hot topic in the world of digital technologies at the moment. It is an emerging field about which business, small or large alike, will have to learn. The pros, cons and future prospects of machine learning are bound to dictate the age we are in and thus require a diligent research effort.

In the words of Arthur Samuel, machine learning is the discipline of providing computers with the ability to sense, predict and learn without being particularly programmed for it. Imagine if a computer could contemplate its own existence. Imagine a world of computers that could sense their surroundings-computers that could pass the Turing Test. A machine is said to pass a Turing Test when it communicates with the user without knowing it’s the user.

Basically, machine learning investigates algorithms that can make predictions using a certain set of data. Rather strict abidance to static programs, machine learning allows computers to build models from sample inputs to make data driven predictions. The research in this field has opened the flood gates to developing algorithms and that leads themselves to making predictions. Machine learning has sprung open interest from a myriad of fields, including scientists, engineers and analysts alike in order to unravel the hidden mysteries behind historical trends and their future implications. Here are some hotshots about machine learning for the time being.

What Is Machine Learning?

Below YouTube video is a popular Lecture by Professor Andrew Ng for Machine Learning.

Well, who hasn’t seen the photo tagging feature on Facebook? Everyone has! But no one really knew that it was a living example of men’s leaps in machine learning. Along with that, Amazon’s customized product suggestions is also a good proof of machine learning. Google is also not far behind in this category. In fact, its page ranking system and automatic spam filtering are good implications of the field.

New Opportunities In The IT Industry To Look Forward To

Businessmen, IT individuals and Computer Scientists will all have to keep their skills up to the mark. In the world of ‘intelligent’ machines, you’ve got to be ready for the tasks which machines can’t do. This change of paradigms to machine operation and human intervention alike will require training and personal growth in coding, machine linguistics, statistics and information management.

Smart Machines And The Future Of Jobs

In just a few years’ time, the impact of smart machines might be such to drive out millions of middle class jobs. So the thought that ‘eventually machines will replace humans’ is no longer a myth. It is something that business owners and CEOs fail to fully appreciate, but the reality is that the employment menace of machine learning will far outreach the C-suite too.

All businesses need to kick start machine learning immediately. You don’t have to throw the kitchen’s sink into it, but just gradually grasp to understand what it is. Identifying business relevant uses and recruiting consultants and experts who can advise on the matter, will do. Firms that lag behind in machine learning will soon be found wanting in areas of customer service, improved procedures and problem solving.

The New Targets Which Will Be Set In Data Modeling

The inception of machine learning will overwhelm the traditional relational database models, such as the Triple store database which represents a new and improved method of data storage and processing that relies on three different variables; subject, predicate and object. They can be implemented to successfully address semantic structures in web language. An example of the complexity up to which a triple store can perform is as follows, ‘find all the transactions that happened in September 2015 within 5 miles of all ATMs in Manhattan and which of those were done by two of Mason’s most loyal friends and their friends’. Imagine if a machine could return an answer to such a query, such is the extent to which the might of the microprocessors can be utilized.

Apple iPhone’s Siri and Windows’ Cortana are examples of intricate algorithmic applications which allow smartphones to sense their physical environments and make them capable of an adaptive behavior. This is how smart machines manifest glimpses of artificial intelligence. They also indicate how machine learning programs can be used to make decisions and solve problems instinctively, like humans. Additionally, cognitive personification of computer exemplified by IBM Watson and driverless cars from the joint venture of Google and Fiat Chrysler are all premier examples of mankind’s innovation and, the extent to which the intelligence of a computer can be enhanced.

Digital Businesses Will Be Engulfed Too!

Machine learning is bound to completely alter the concept of e-business. Online orders, shopping, selling, everything will be revolutionized. How businesses trouble shoot their issues, how their interactions with the customers occur and even their recruitment specifications; such are the kinds of skill sets they’re willing to hire.

The Semantic Web Will Join In The Ebb And Flow

We have witnessed a massive transition in IT over the past two decades. The development of the internet from an information repository to a social networking tool is simply majestic. So it’s not quite impossible to dream of a world full of smart machines. The next stage is the alteration of World Wide Web- where we target customization of the internet. Here the computer is asked to answer responses to complex human queries by instinctively understanding them! Although movies like Ex-Machina and Terminator have time and again reiterated the menace human race will face with too much machine dominance. Yet advancement in technology is something humanity has always been after.

Machine Learning And The Imminent Onset Of AI

Artificial Intelligence, although considered a myth, seems to be the eventual target of mankind’s endless efforts in innovation. No machine is better than the human being itself, which is the reason why we always wish to see our equipment equally sensible. A practical form of AI is machine learning, which is where you push the computers’ prowess to the limit; getting them to work without specified programming sequences. Digitally enabled technology has increased humanity’s greed for more, rather than satiating it. This makes the onset of AI even more inevitable.

The author of this blog, Edina Clark, is a Software Engineer from UK and an expert in AI and machine learning. She is a perpetual contributor at essaycampus and has been a source of great knowledge for our viewers.