What Is VPN? Why Do We Need Them? 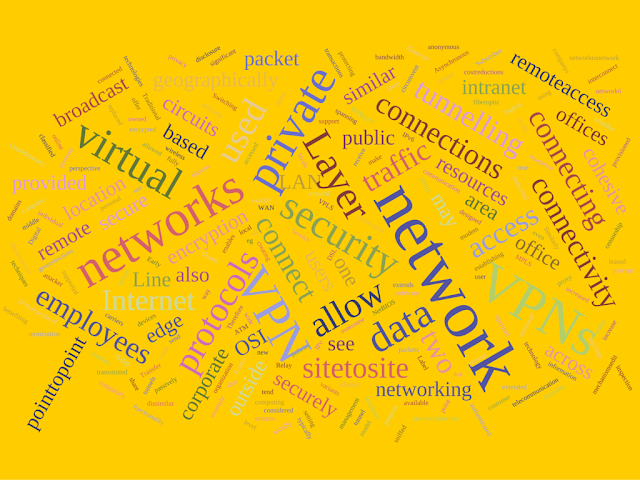 Ever tried to watch a movie or stream a video only to find that it was blocked in your area? Due to copyright laws, most movies and TV shows may be available in one area, but not another. This can pose a problem when you’re traveling abroad and miss your favorite shows back home, or if you’re in a country where the government blocks certain websites.

Professional hackers and crackers have always used VPNs as hacking tool for staying anonymous. While they’ve extremely popular among internet security books as well as security experts for years, they’re beginning to grow in popularity other demographics, mainly those who tend to travel abroad or those who want to unblock geographically restricted content. Whatever your reasoning may be, it seems like privacy services like VPNs are essential.

Not only on PCs, the VPN solutions make in the essential list of iPhone security apps as well as Android security apps.

Sounds simple, right? Not quite. VPNs do more than just unblock restricted content. Here’s how they work.

What Is VPN? How It Works?

We have made a YoutTube playlist of videos that will explain VPN concept in beginners perspective.

Why Do We Need VPNs

Most security experts would agree that VPNs are absolutely essential. Below are some reasons that may convince you to start using VPNs.

As their name suggests, VPNs are private networks. They give you the freedom to browse without having to worry about hackers or government entities snooping on you. When you connect to a specific server, websites think you’re actually browsing from that IP address and location. That means your true location and identity are hidden.

They also use a variety of different methods to encrypt your data. Most services use 256-bit encryption to help protect your information.

One of the best things about VPNs is the fact that they’re able to privatize your network, even when you’re connected to a public server. When you connect to a VPN, it acts as a middleman between you and the sites you visit. By using a VPN you’re actually adding an extra layer of security to everything you do online.

A VPN secures traffic going to and from your Internet connection. Hackers and spies can’t see what you’re doing and have no way of intercepting the data you’re transmitting. Basically, a VPN creates a secure tunnel between your computer and every website you visit.

And finally, the last way VPNs work is by unblocking restricted content. As I mentioned earlier, certain content is blocked in various countries due to legal restrictions.

Best of all, VPNs work on almost any device.

How to Make the Most Out of Your VPN

If you’ve ever traveled abroad or visited a place where certain websites are blocked, then you know how important it is to have a reliable VPN service. VPNs have grown in popularity over the past few years and for good reason: as people become more aware of the risks associated with their online privacy, they want a way to protect it.

You Can Use a VPN to Save Money on Car Rentals, Flights, and Even Hotels!

Because most pricing websites set their prices based on users’ geographic location, you can actually find cheaper rates by using a VPN. Crazy, right? It’s called ‘price discrimination’, and it’s been happening for years. Fortunately, you can bypass these geographically hiked prices and find the cheapest rates with a VPN.

Here’s how it works:

You Can Use Your VPN to Help Boost Internet Speed.

Sometimes VPNs slow your Internet connection, but other times they speed it up. That’s because VPNs encrypt your connection—thereby bypassing common problems like Internet throttling, which usually results in decreased speeds.

If you’re using a paid VPN subscription (and I suggest you do), you should also have the option to switch between protocol options to help improve your browsing. Most VPN services offer three options: OpenVPN, PPTP, and L2TP. PPTP usually offers the highest speeds, so on the off chance you’re experiencing slowed connections, try switching to that.

You Can Use Your VPN to Make Public Hotspots Secure

Public places like airports, coffee shops, and restaurants usually offer free Internet. They’re also notorious for having paper-thin security measures. Just last year the Economic Times published an article on how dangerous public Wi-Fi is. The fact you’re sharing a network with countless other people means your data is at risk.

Luckily, a VPN keeps you safe from these kinds of networks by routing your Internet activity through a separate network. You’re able to browse public Wi-Fi, but you’re surfing secure. Next time you connect to your local coffee shop’s Wi-Fi, make sure your VPN is on and take full advantage of the public network while remaining completely anonymous.

One of the best things about VPNs is the fact that they work on almost any platform. However, not all VPNs work the same. ExpressVPN’s a great choice in that it works the same on any Internet-enabled platform. You can connect most VPNs to your iPhone, your Windows computer, you can even use a VPN router to interconnect all your various devices at once.

With a VPN, you’re able to turn your once-vulnerable home network into an impenetrable fortress.

Use these tips and take full advantage of your VPN. Let us know if you have any tips, tricks, or secrets of your own!

There are TONS of VPN services on the market, and while a bunch are free, I’d recommend paying for a premium subscription. Most are only a few dollars a month, and the best ones offer a host of extra features like different speeds and the ability to connect on different devices.

Sign up for a VPN today and start browsing with more power, more freedom, and more privacy