What Is MongoDB? Where Can I Use It? 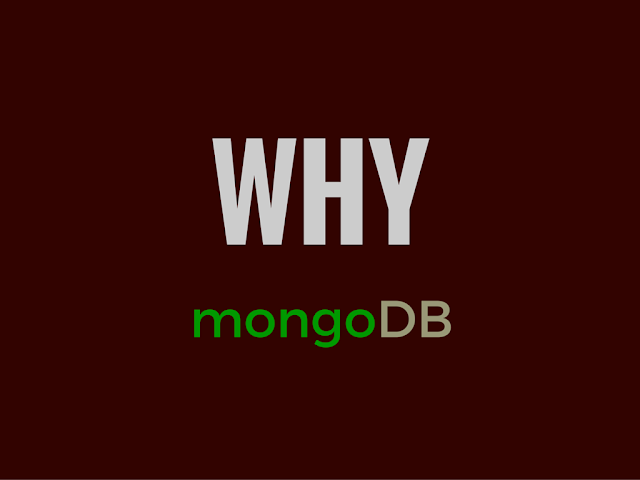 This is being considered as big data and NOSQL decade for software industry. Most of new software development is happening using NOSQL database. There are many NOSLQ Databases however MongoDB is the most popular choice due to being highly scalable open source & free NOSQL database option.

Many high volume web applications and mobile applications are designed using MongoDB as a backend database. In this article we are going to cover all high level details you need to know about MongoDB and its usage. You may also want to check some good MongoDB books to learn and become a Mongo DB expert.

Traditional databases have long been built on a singular architecture of Database -> Table -> Row/column -> table join. This led to expressive query-based languages (such as MySQL), uniformity, and facility for secondary indexes. However it lacks on a few crucial fronts – factors that can drive the success of your application or website.

The interesting thing about MongoDB is that, as against traditional table structure in relational databases, MongoDB uses dynamic schemas (BSON). This ensures a more agile, nimble, and fast database – a much needed trait in today’s technology landscape where data is huge, time is short, risk is bigger, and cost needs to shrink every time.

The company, MongoDB Inc, first rolled out the service in October 2007 as a small component of a product platform. But within 2 years, it was transitioned to open source development approach. Ever since, it continues to be embraced by scores of websites and applications as a preferred backend software.

Developed over C++, MongoDB is a wildly popular open source NoSQL database. Its cross-platform architecture provides immense utility and versatility to programmers who want to make us of a document oriented open source database.

Below is a snapshot of google search trends that show popularity of MongoDB has been growing in past few years. 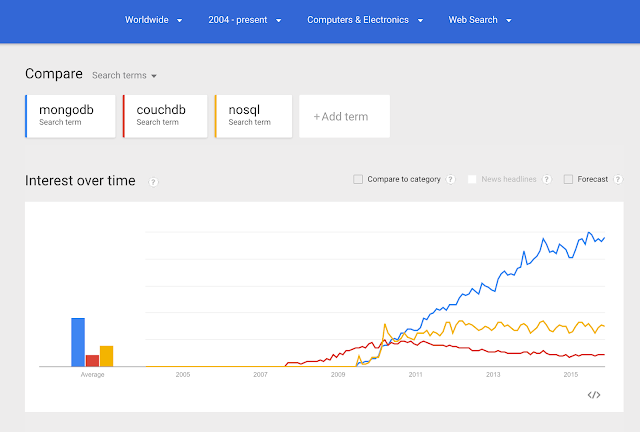 Why is MongoDB So Popular?

It is not for no reason that business behemoths like eBay, Craigslist, or Foursquare depend on MongoDB. There are many compelling success factors that ensure that MongoDB continues to enjoy top billing as the world’s fourth most loved database. Let’s look at some of these –

Huge volume of data? Bring it on!

Imagine having millions of records to be stored, accessed, processed or shared in real time. With Big Data throwing curve balls every single day, MongoDB is the one database that can handle such large data with absolute ease.

One practical example we see is Craigslist that uses MongoDB as a backend. It sees about 80-82 million advertising classifieds posted every month from across 70 countries. As such, its repositories gets populated pretty quickly. MongoDB not only handles this sheer size of data, but also helps in timely archiving and access to data across 700 different sites.

Because of its document based architecture, MongoDB features one collection (just like a table). This scale-out architecture adds value at multiple levels over the monolithic architecture of MySQL. It also helps to be better aligned with OOP principles.

When it comes to load balancing, MongoDB uses horizontal scaling with help of sharding (storing data on multiple machines for efficient usage). You can add machines to balance your load needs and prevent any overload on a single machine.

With sharding comes the issue of synchronization – something that is actually a non-issue, with the powerful replication facility provided by MongoDB. Replication helps redundancy and improves availability of the most up to date data. The combination of sharding and replication also comes in handy when recovering from a catastrophic IT failure or interruptions in services.

Quick to set up and deployment

MongoDB presents a very quick setup and deployment time. This not only helps client business to ramp up faster, but also helps them delight their customers with their agility and speed. A good example is Forbes, which used MongoDB to come up with a simultaneous web CMS and mobile site. While the web CMS came up in two months only, the mobile site was ready in just 30 days.

Better for your business

Taking the above example of Forbes website, the publishing company took up the step of overhauling their content management systems. When the mobile site and website CMS came up, it managed to create a lasting impression on the minds of its users – prime being the fast access and speedy content delivery facility. As a result (to quote MongoDB’s words) “Overnight, mobile traffic jumped from 5% to 15% of Forbes.com total traffic, and quickly ramped to 50%”. In addition to the revenue increase, it also helped cut down on cost overheads by keeping just one full time and one part time IT person for the mobile website.

Persistent data is handled smartly by MongoDB, thus leading to a high performance backend. It enables this in two distinct ways

Where can we use MongoDB?

Where should we NOT use MongoDB?

If you need ACID compliance then MongoDB will not be a right choice. Also because of inherent limitations associated with a 32-bit system, MongoDB doesn’t perform well here, and instead recommends a 64-bit architecture.

MongoDB has proven its mettle handling incredibly huge data. With its schema less architecture and zero relational dependency, it has sustained at a leadership position as a NoSQL database of choice for today’s companies who want to surge ahead of competition with fast, agile and scalable application and websites.

Harry is a web industry specialist having keen interest in reading novels and writing tech blogs on diverse topics.Currently, He is associated with Techiesindiainc, specializing in offshore web development and iOS development services.Techiesindiainc has more than 200 international clients who outsource Website Design And Development projects along with various other IT requirements.