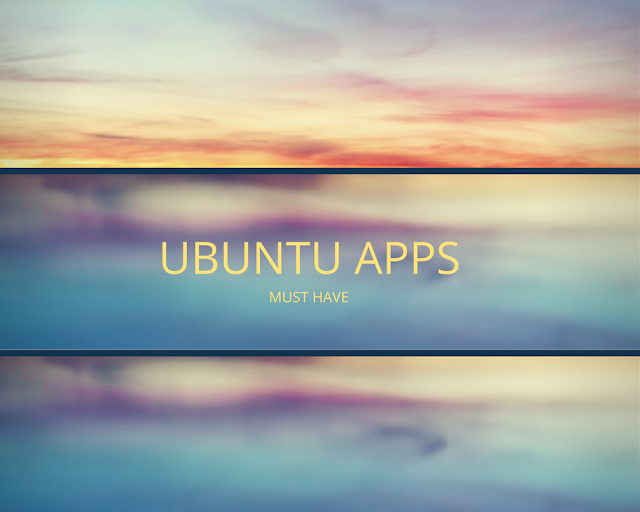 Want to install best ubuntu apps on your computer? We have a roundup of top ubuntu apps for linux lovers and ubnutu geeks. We have also included top games for ubuntu.

Ubuntu is rapidly growing in popularity. This low cost practical alternative to Windows has been gaining traction over the last year amongst the masses and it’s no surprise that any good iPhone app development company watches the developments with interest, especially when it comes to the type of apps developed and their popularity. Many people who have switched to Ubuntu have sworn to never look back as the choice and range of applications is quickly growing and there’s really not much you can’t do on Ubuntu. If you have already switched to Ubuntu or are planning to jump on the Ubuntu wagon then the next step is choosing the apps to enhance your Ubuntu experience to the fullest.

There are literally thousands of great apps for Ubuntu, and same as Windows, not all of them are great. There is also the user preference to take into consideration, a useful or entertaining app to some may be pointless and boring to another, here are 15 of the apps we currently rate on Ubuntu, so happy app hunting!

We’re going to start with Nitro, based solely on the fact that many of us are suckers for a good racing game and Nitro definitely delivers on that front.

Plex has proven to be useful as your own personal secretary when it comes to personal media; For those of use that have zero organizational skills, any app that can easily organize personal media is a welcomed tool.

This just seems like a no brainer to me, as I’ve always been a fan of Firefox.

Google Chrome on the other hand is a great choice for those of you who do not share the Firefox love, but it’s a close race.

Avidemux is a super fun free app for people who love to edit and make videos that are still on a novice level. Impressing your friends has never been easier. Many of use use their computer to listen to music and watch movies/television shows more than their TV and radio, in fact some users honestly can’t remember the last time they even turned my radio on. This is probably at least partially because they can use the VLC app to listen to their music or stream their favourite shows from various network servers. Easy to use and never fails to please.

Currently used by millions this cloud-sync task manager allows you to share to do list with friends and colleagues, idea for small business owners.

This may be one of our favourites of the top 5. Before GIMP (GNU Image Manipulation Program) many were loyal Adobe Photoshop users. Now people are switching in droves, as whilst Adobe is great many find GIMP to have a more user friendly GUI (Graphical User Interface) as well as just a more advanced feel over all.

For Gamers, the game apps on Ubuntu will prove to be more than satisfying. Command and Conquer Tiberium Alliances for example is one of the most popular game apps on the market right now, and for good reason, the thrill of role play games is something that many people find addictive and you’d be hard-pressed to find a more fun thing to get addicted to, but there are plenty less known games that deserve a look such as those listed below that you should take a look at too.

It’s fast, it’s free and you get to shoot things. Xonotic is one of those games you can’t help but love. With great movement and slick intuitive design, this is a games that will have you hooked for sure.

If you love fantasy and sci-fi, this game is a must-have. A big improvement to the original game in terms of character models and animation, you’ll find that reviews comparing it to “Rune” don’t really do it justice.

One of those great puzzle games that combines a cute character you have to save with a vast array of 3D block puzzles that will drive you round the bed, Puzzle Moppet is a much adored game, with great graphics and a level of difficulty that starts easy but will fry your brain by the end!

If multiplayer online battle games are your thing, then we’d be very surprised if you’ve missed this one. With real time events and significantly better graphics than the original release, you’d be forgiven for thinking that this world is infinitely better than the real one.

Taking part in ancient warfare has never been so much fun. Pit yourself against your enemies and enjoy a continuous stream of new units, better graphics and more innovation. This is a game that can grow and grow.

For those frustrated race car drivers that long for a trip back to the RC cars of their childhood, this will be a great game to play. Progress through the game to earn coins and get better cars and learn tricks to impress your friends!

This cute 2D platform games sees you in charge of a tiny robot, whose only assistance comes from a jetpack, a gun and an anti gravity machine. Help your little robot pal negotiate 24 levels of driving, jumping, flying swimming fun. Ideal for those who love the retro 2D platformers.

If you want to get involved on the ground floor of what promises to be a game built for gamers, then get Bad Dragon downloaded now. Still in development, your download will allow you to participate in this 10 level tank style game and give feedback to developers. Even in it’s development state it’s highly addictive.

Where would we be without games for the zombie apocalypse lovers? ApolcolypZe 0.5 is a must have for those who love a bit of undead action. Survive as long as you can against a horde of undead characters, and pick them off one by one to stay safe. Best download this one now, to take advantage of the free expansion packs when they’re released.

This little gem of an app was made special for the gamer in all of us by allowing people on play Windows specific games on Ubuntu, and the best part, its free!
So there you have it. 20 Must have apps for Ubuntu. If you’re thinking of switching, then downloading these apps will make sure you never look back!

Logan Merrick (Twitter | Facebooks | Google+) is the Strategic Director of Buzinga. He brings a Marketing approach to every project by overseeing UX design, Co-ordinating market research, and consulting on core components of the launch.
Share
82
0
Share