How To Measure Performance: Stress Testing for Linux

The operating system is the essential component that drives a computer. They typically run a large amount of software that handles a variety of resources within the computer, including memory, data processing, and so on. The purpose of the testing method known as stress testing is to determine whether or not a piece of software is reliable by subjecting it to conditions that push it beyond the bounds of what is considered normal operation. For example, a user may attempt to run a piece of software with high memory usage as part of the stress testing process.

Although it is especially vital for critical software, stress testing is a part of the development process for all kinds of software. The objective of stress testing is typically not to determine what constitutes appropriate behavior in typical circumstances but rather to validate the system’s availability and its capacity to handle errors when subjected to extreme pressure.

Stress tests are typically required to determine how capable a system is of coping with stress and whether or not the system needs any kind of hardware update to be able to deal with stresses of this high caliber.
How Stress Testing is Performed on Linux

When we discuss the many kinds of operating systems, most people find that Linux is the most trustworthy. This is because it is open source and does not use a large number of different packages. Windows is no match for the efficacy of this system. However, the organization must still carry out stress testing to be able to allocate resources properly to a system and ensure that users are able to conveniently and effectively complete their tasks.

Stress testing is anything that places an excessive amount of load on the central processing unit. A wide variety of approaches can be taken to accomplish this particular aim.

For example, we can run a program that has the potential to have an infinite loop whenever we are performing stress testing on Linux. Putting the application through its paces for an extended period could put a significant amount of strain on the Linux operating system, which is the component that carries out the stress testing.

There are just a few alternative solutions available, such as exporting a very large file, which will place a significant amount of strain on the machine and may cause the operating system to display some unexpected errors.

There are few automated programs accessible to choose from when looking for anything to employ for stress testing. These automated tools typically carry out testing in a more effective manner than manual testing does. These automated tools are capable of doing a great deal of work, such as monitoring the CPU’s temperature, frequency, and power utilization simultaneously. The application displays all the information in a graphical user interface (GUI), and you have the option of saving the findings in a valid CSV file. Hence, they provide a more efficient way of performing stress testing.

There are many tools you can use, such as S-TUI, which is basically a Python utility and can be installed through PIP. Once installed, it will show you a clean GUI interface which will help you perform stress testing easily on your operating systems.

Why Stress Testing Is Necessary 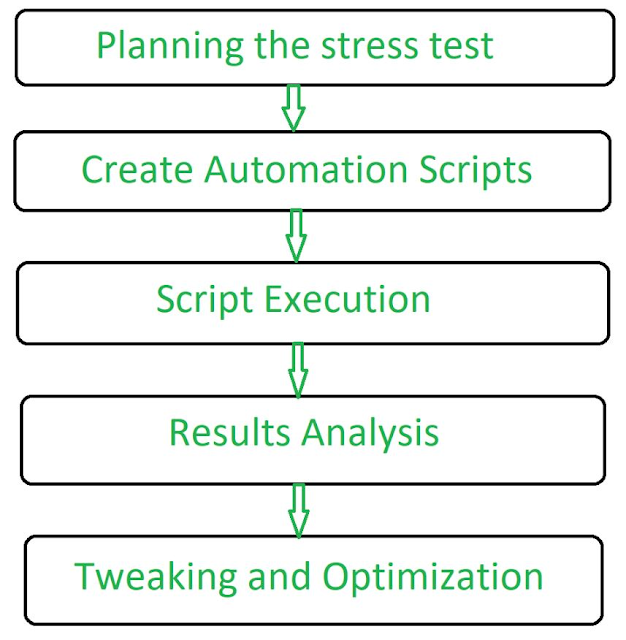 We have gone over a few different approaches to stress testing. Nonetheless, the question that remains is why it is necessary.

For one, the team will be better able to interpret the right performance of the system while it is failing if they use stress testing for either the software or the operating system. Second, when the system is subjected to a lot of stress or a crash, the system’s behavior is revealed to all.

There are a few things that need to be tested, like whether it saves information while crashing, if softwares and operating systems are being made to crash intentionally using buffer overflow vulnerability, what kind of threat this poses and how to patch those vulnerabilities. From both a functional and a security point of view, it is quite important to carry out stress testing.

The stress testing phase is an integral part of the testing lifecycle because it reveals a great deal about the software and how it behaves when during high-stress periods. It is essential to understand what happens when the system crashes, including whether or not the data is saved. In addition, it is possible that some of the security flaws, such as buffer overflows, can be exploited or can cause the computer system to crash. Because of this, stress testing is quite important and must be carried out.

By Fromdev Publisher
2 Mins read
It’s been more than ten years since Instagram was launched, and it brought us an infinite supply of photos, videos, and many…
BitcoinFeatured

Why Singapore Is The Newest Business-Building Hub

By Fromdev Publisher
3 Mins read
The World Bank has rated Singapore as the easiest country to start a new business in the past 10 years. Though its…